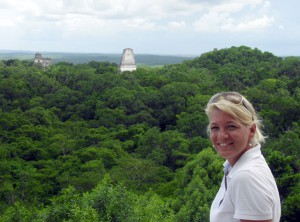 If someone had told me some years ago that one day I would start up a charity project in Guatemala, I would never have believed it! That was when I made my first trip there and it turned out to be a turning point in my life. The country and its people left a lasting impression and will always be a part of me.

I went to Guatemala originally to learn Spanish. Fate must have had a hand in my decision to travel half-way round the world since Spain was a much closer option. But from the moment I arrived, I felt an inexplicable attraction to the place. I was boweld over by the warmth and friendliness of the people, most of whom are very poor. They are open and hospitable and interested in visitors. The country abounds in beauty; from majestic volcanoes and jungles echoing with howler monkeys to foot-tapping music and rich colours exploding from works of art. The sounds and sights and smells captured me and I was soon under their spell. 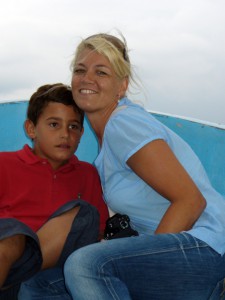 It was also the first time the I had been faced with such poverty. I saw beggars in the streets and alcoholics in the parks, all of them hungry and desperate for something to eat. There was a disabled man every day at a street crossing, asking for money to support his family who received no financial help from the government. I was shocked at the sight of mothers with small children sleeping in the streets with only newspapers to cover themselves. These and many more memories stay with me. They have made me very aware of how materialistic life is in the developed world and how far from reality we are. The people of Guatemala are not privilaged as we are but they manage to exist in harmony with nature and that surely is a message to us all

I have been living in the Canary Islands now for 14 years. Some people think that I am crazy to start this project when Spain is in recession but this is the right time for me. Who knows what tomorrow will bring? I am living for today. I want do my part to offer a better chance in life to some people of Guatemala and have chosen Palestina II as a place to start. 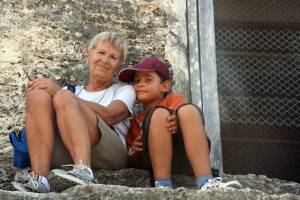 When I began developing this project I had no idea about starting and running a business! I had never designed a web page and didn´t know what a rating-list was. I hadn´t a clue about the admisitration of donations or what selling handicrafts entailed. The last few monts have given me a wealth of new knowlegde and a sense of achievement. 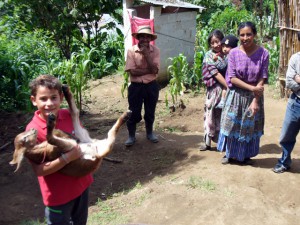 In the summer of 2012 I travelled to Guatemala with my mother and my son Daniel who was 7 years old. I had decided where I wanted to focus my project and thanks to my friend Roy Flores, the general manager of the Ministry of Health for the area of Sayaxché, we were able to visit Paestina II. This is when my dream came true and the project was born. It was an incredible adventure and Daniel returned home with a new-found appreciation of all that we have. 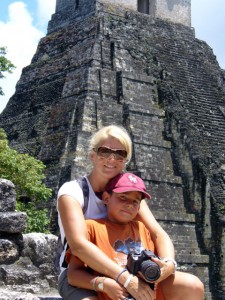 It has been hard to explain my reasons for wanting to take on such big committment and to put my dreams into written words. In this life it´s not important what we have but what we do with it. You don´t need to be rich to help others and every little helps someone somewhere. The Yolihuani Project is my way of giving and it is an important part of my future.

I would also like to thank everybody who has supported me over the last weeks and months, who believes in me and in this project, and who has helped me, in whatever form, to found the “Asociacion Yolihuani“. Thank you!